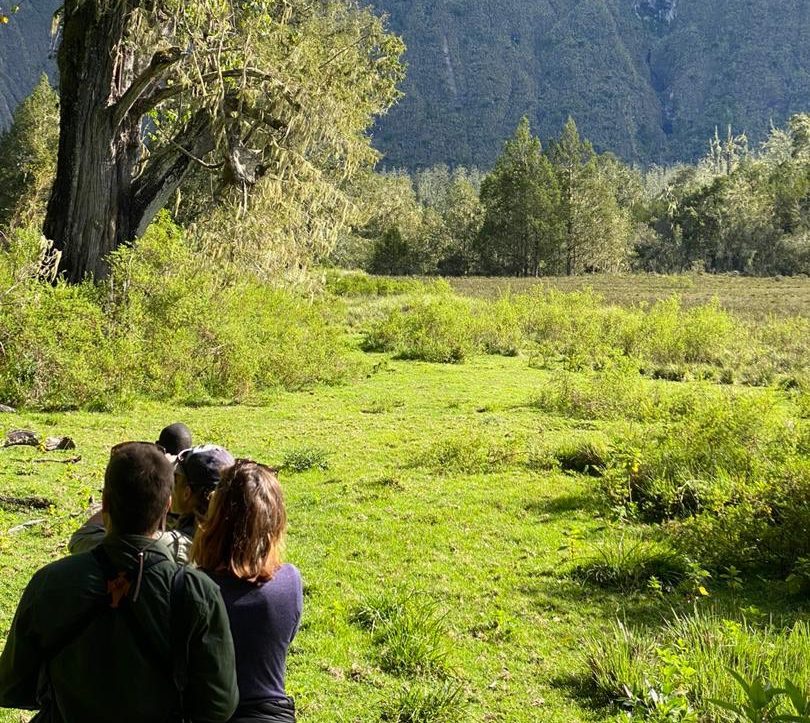 When you live in the shadow of Mt Meru (4,565m or ~15,000ft), one of the most beautiful free-standing volcanoes in Africa, it’s hard to resist the urge to spend another weekend at our African Environments Itikoni Luxury Camp, nestled right at the base. We set off in our open safari car on a drizzly Saturday morning, wrapped up warm in jackets and blankets, hoping the clouds would clear. And they did! As we pulled up at the gate of Arusha National Park, home to Mt Meru and Itikoni Luxury Camp, we peeled back our layers and warmed up in the sun. Our gate stop was short, we were the only ones there! The parks here are still all empty of foreign tourists, which is really starting to hurt the tourism industry and the livelihoods it supports, as well as a lot of the conservation efforts that tourism also supports. But, we knew we had the place to ourselves.

We slowly meandered up the safari trails towards camp, stopping to look at the stunningly beautiful black and white colobus monkeys as they gracefully leaped from tree top to tree top, right beside us! We saw plenty of blue monkeys too, and with a car full of bird enthusiasts, plenty of birds too!

The trail takes you past some beautiful glades, short grass clearings in the forest, home to all kinds of large mammals, like warthogs, zebra, and buffalo. The sun on the green green grass, with the forest canopy in the background was stunning.

Once we got to camp, high up in the forest, right on the slopes of Mt. Meru, we quickly unpacked and were shown to our rooms by our African Environments camp staff Hoza and Paulo.

Then off we set to do some walking and hiking. First, we went by the ranger post to pick up our ranger for the day, Kweka, and then we took the steep road up to the start of our hike. Without a 4×4, you wouldn’t get up roads like these, but with our car, it was no problem. The other great thing about 4×4 made for safari driving, is that everyone has great visibility all around, so with all our eyes looking through the forest, in the trees, and across the glades, we spotted even more wildlife, like the shy bushbuck, and the elusive Natal Red Duiker, whose red coat stood out amongst the green backdrop. We even saw some (very!) fresh elephant poop, but not the big jumbos this time…

Once we parked up, we were already high above the forest, and landscape below, and behind us, we could see Mt. Meru in all it’s glory, and the steep ash cone at the centre of the mountain. That was our goal for the afternoon, to hike to the base of the ash cone.

With Kweke, our ranger, leading the way, we set off through the forest. We could hear the birds calling all around us, and occasionally we’d get a red flash of a Hartlaub’s Turaco, or the black and white of the huge Silvery-cheeked hornbills with their massive bills, as they moved around in the tree tops. A couple of times, in the silence when we would stop to catch our breath, we could hear the distinctive rattling call of the colobus, such a cool sound!

The base of the ash cone was simply stunning. We had timed it perfectly, the sun was shining down on the clearing at the base of the ash cone, and the forest around was alight. We got plenty of pictures, had a drink, and a snack, and Kweke led us down a different track back to the start. We’re glad we decided to take a new route, because within a few minutes of descending, as the front of the group went around a bush, right there in front of them was a gorgeous African rock python, at 2,400m above sea level! We quickly crouched down, and quietly approached her. She was totally relaxed, and so we managed to get close to her, taking some nice photos, and videos, and watched her slowly slither away once she decided that the show was over. So cool!

What a day! We got back to camp, where we had warm showers waiting for us. It was starting to cool down now in this high altitude camp, but we were really warm inside the luxurious dining (mess) tent and lounge tent, both of which have a large wood stove. After a glass of wine, a big feed, and cup of tea, it was time to slide under the covers.

We were all up bright and early the next morning, eager to make the most of our time in the park, so after a big feast for breakfast, we set off in the car to find some more short walks to do with our ranger.

We pulled beside one clearing, and spotted buffalo, warthog, some storks, and in the distance, some giraffe, just beside one of the walking trails! So we quickly and quietly set off around the back of the glade, past some stunning waterfalls, and through a small patch of forest, before emerging right beside the giraffe. We quietly approached the giraffe and got the sun behind us for some more great pictures. Once we stayed quiet, and respected the distance to the animals, they just got on with life. It was so nice to just stand there, and watch all these animals do their thing.

Right, time was running out, so we made our way back to car, dropped off our ranger, and drove back out the gate. As we got back to the house, the drizzle started again, but we weren’t complaining, what a great couple of days!