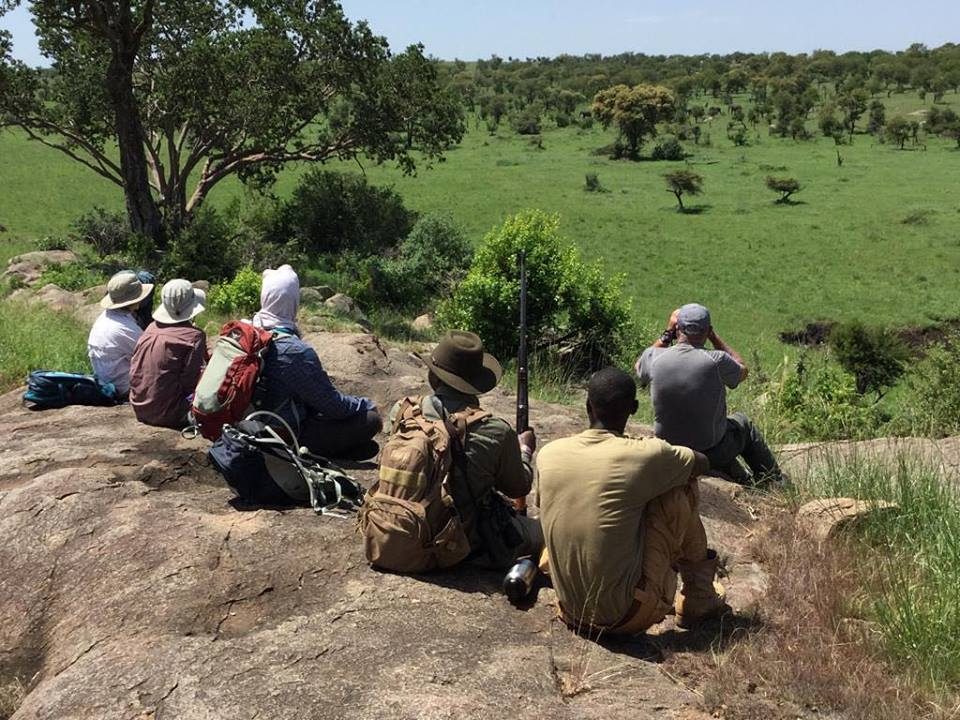 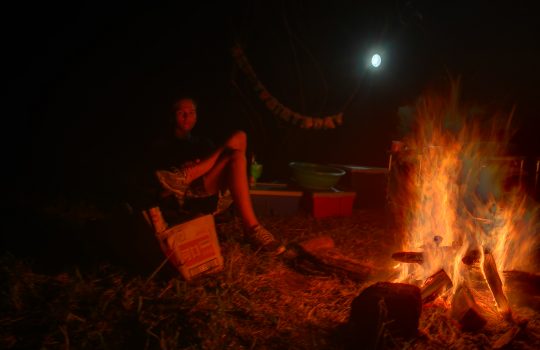 It’s not very often these days that you get to explore some total wilderness outside of a National Park so we got pretty excited when we heard that Darakuta, a large cattle ranch in the Rift Valley had become a conservation area. Not quite sure what to expect we headed down for the weekend to get a feel for the place…and…WOW!!! Over 17,000 acres of pretty much untouched woodland, rivers, rock outcrops and glades, very primeval!

Leaving the cars we hiked up to a high rock kopje for sundowners – stunning views and glorious sun setting down the rift valley.

We camped for the night in a small glade a few minutes from the river, plenty of fire wood around so we soon had a fire roaring as we put up the tents. As the light faded – oh so quickly – as it does in the tropics the fire died back to embers and we popped the grill on and laid down some ribs that would have put Fred Flintsone to shame! There is nothing quite like sitting around a campfire surrounded by inky blackness to bring out something ancient in us all, it surely takes us to simpler times! 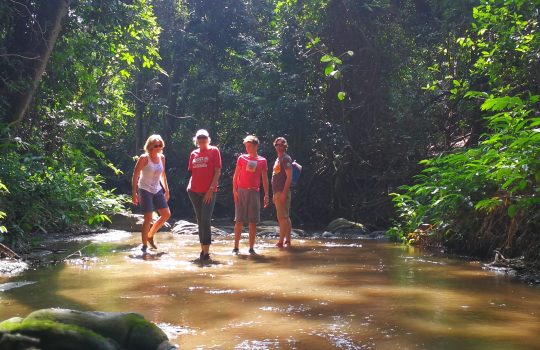 The night was dark and…noisy! We had at least two troops of baboons and some Sykes Monkeys calling back and forth through the forest and more bush babies than I could count. For those of you who haven’t had the pleasure of these adorable creatures – huge eyes, gripping hands for climbing trees and about the size of a small cat – their call sounds like a small child being murdered!

With the dawn we stoked the campfire and got the bacon on, the smell of a ‘full English’ enticing my fellow campers to get out of their tents and ready for the day.

I spent a bit of time in the jungles of Borneo and the southern Philippines back in the 80’s and like there, the vegetation of Darakuta is thick with just small game trails so we decided to follow the river. And by that, I mean walk in the river! The bush was incredibly atmospheric – vines as thick as my thigh hang down from tall trees just crying out to be swung from just like the Baboons. There was fantastic bird life and plenty of tracks of other small game from Dik Diks to Impala. We didn’t see any sign but were told there is lots of Leopards in the area as well.

After a few hours of walking our river joined a larger one and we headed upstream through small waterfalls and cataracts before cutting cross country back to camp on some game trails, such a great adventure! There is more game there, we saw the spoor but with such thick vegetation and shyness of the wildlife it is hard to spot. Hopefully as the conservation area becomes more established more game will move in.

We will be heading back for sure, it’s so different to the other areas we walk, loved the variety and the terrain especially walking down a river. Tanzania just never ceases to be boring! 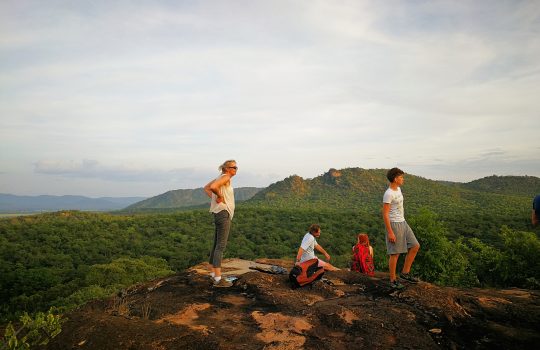 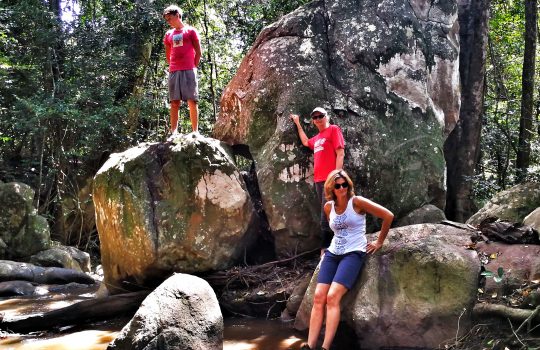