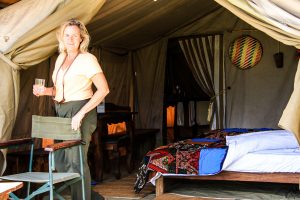 Pick up from either Arusha or Kilimanjaro International Airport and just a short drive away in the specially converted 4×4 safari vehicles lies Arusha National Park; a hidden gem. We have special permission to take people into the park after dark so evening arrivals can still go straight to camp and wake up in the heart of Africa!

African Environments have had a seasonal camp in Arusha National Park for quite a number of years. As the only lodgings within the park boundaries, we feel like we have been able let in on a remarkable secret The campsite was located in conjunction with National Parks in a patch of ancient woodland high in the crater of this impressive 15,000 foot mountain. 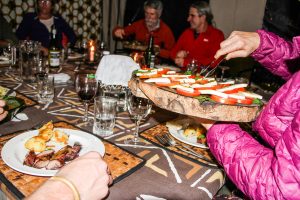 Wake up to the echoing call of Colubus Monkeys echoing through the forest and, if its clear, stunning views up towards the 6000 foot cliff face up to the summit of Mount Meru.

The day will be split between a game drive around the park and the Lakes in the lowland part of the park, great for birds, and a hike with an armed ranger up through the forest from camp. There are no manicured paths, you will follow small game trails, crossing small streams and descending into the deep gorge past tumbling waterfalls.

Back to the camp for the night, perhaps sundowners on the hill near camp gazing across the wide valley to Kilimanjaro bathed in the dying rays of the sun.

Leave Itikoni after breakfast and drive into Arusha before heading south and then crossing the Rift Valley to Lake Manyara National Park- a fascinating place – very different to most of the other parks in the area in that it is a narrow strip of land sandwiched between the Great Rift escarpment and Lake Manyara itself. The springs at the base of the escarpment produce unique, lush groundwater forests, whilst the lake shore offers open grazing. Whilst the park is famous for its tree climbing lions it is also home to large resident populations of elephant and giraffe. The freshwater stream feeding into the soda waters of the lake are a tremendous feeding ground for hundreds of birds from pelicans to flamingos as well as the favorite wallow of the hippo pods.

Mid-afternoon leave Manyara and head up through the fertile foothills of Ngorongoro before entering the conservation area. Mysigio Camp is nestled amongst the acacia forests on the southern side of the highlands. An idyllic spot away from the hustle and bustle of the Ngorongoro Crater rim, a place where the Maasai still live very traditional lives. Ole Dorop, the local Maasai chief, is our guide as we explore his hilly realm. Perhaps stop in at a ‘boma’ or village for a chat or hike to some of the amazing viewpoints that look over the Serengeti Plains.

A full day in Ngorongoro Crater exploring this unique caldera, the permanent home to many animals and a great spot for getting that close-up wildlife shot. Back at camp there will be a chance to visit the local Maasai village. Perhaps take part in one of the many ceremonies or join in some traditional dancing. 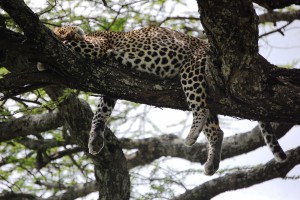 Descend from the Ngorongoro Highlands and drive out across the vast Serengeti plains, game driving as you go. Visit Olduvai Gorge the famous archaeological site en route before driving out on the endless rolling plains. Pembezoni Camp is in the heart of this vast wilderness, home to the wildebeest migration.

Another full day to roam the plains in search of the herds. The wildebeest migration sweeps through the plains in a huge arc to give birth to their offspring in the early part of the year. These rolling grasslands are also home to pack of predators waiting to pick off the young or lame. Your day will take you in search of the concentrations of game and offer the opportunity to witness this vast spectacle up close.

A last breakfast looking out over the vast plains before heading back towards Arusha, game viewing as you go and picnicking en route before arriving back in Arusha mid-afternoon.