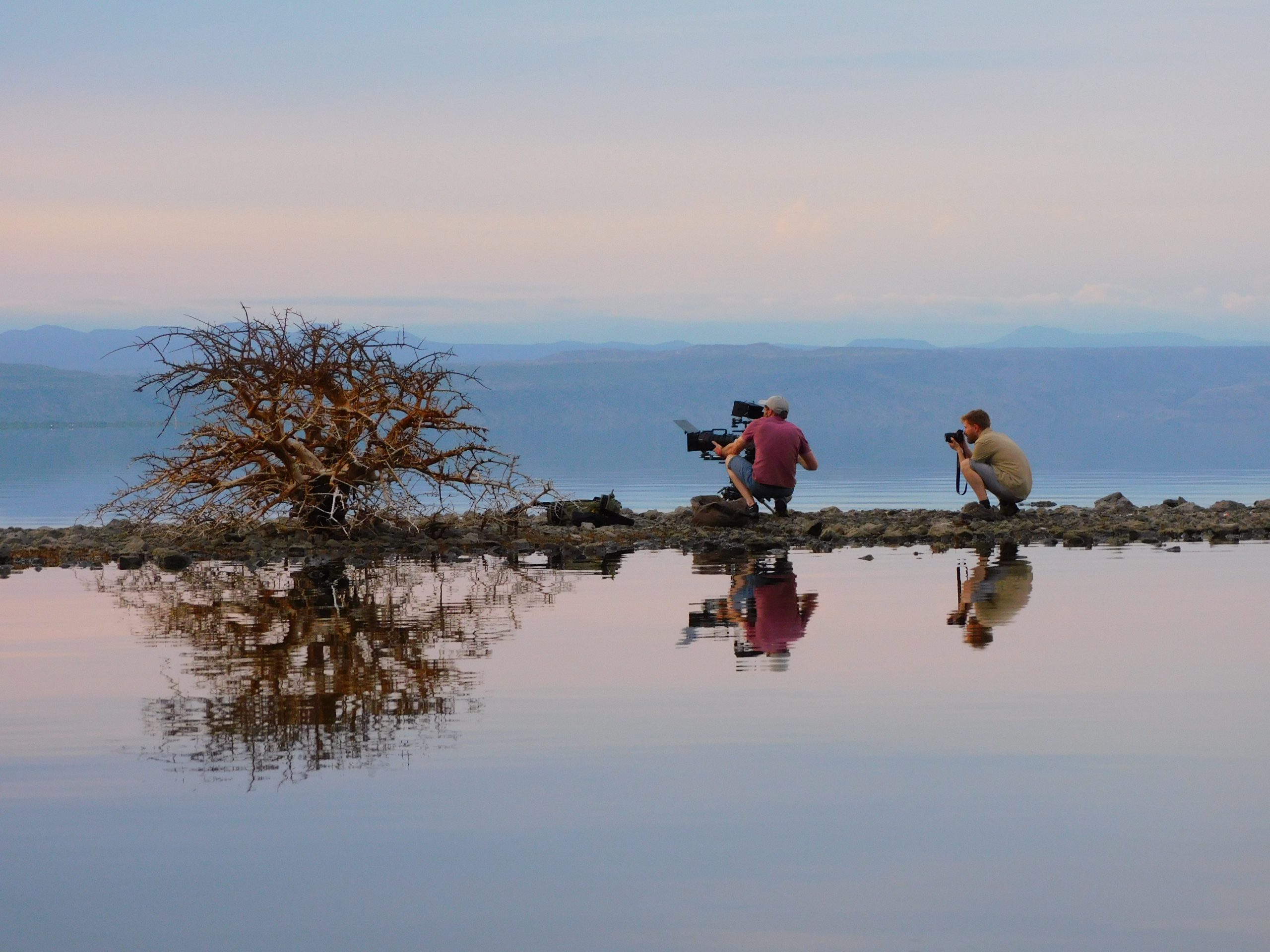 OK, so I’m not even going to mention the massive thing that has affected us all over the last couple of years… But what I am going to talk about is what we have been up to during this time and what the situation is in Tanzania right now and where we are at this stage.

It’s been such a weird time where we’ve lived in a sort of time warp – time has stood still but also time has jumped forward two years. As for everyone, it has been a strange couple of years, but also quite a positive one for us.

Although we didn’t have many people coming on safari or climbing the mountain, we did have a lot of film crews coming out. A lot of people were kept entertained by TV throughout the endless lockdowns, so there was more money in film than ever.

As film outfitters, we had the pleasure of welcoming some amazing film crews over the last couple of years to film some pretty exciting stuff (watch this space). Luckily, we were also able to keep all of our amazing staff workforce throughout the entire time, albeit on reduced salaries at times, which meant we were able to keep the African Environments family complete. We were also able to take time looking at all our assets with a fine tooth comb and ensure we worked through all the little, nitty, gritty things that we sometimes don’t have the time to do.

BBC, Wildstar, Ubisoft and RadicalMedia are a few of the organisations we have worked with over the last couple of years on projects. We are forever grateful for these connections and work tirelessly to ensure that the highest quality standards are delivered. We are sworn to secrecy on many of the projects so sadly can’t share most of the adventures with you, but one fun project that we worked on was with Radical Media  who came out and filmed the Pelican and Flamingos at Lake Natron.

For the first time ever we took an inflatable boat out onto the vast lake and got the camera men into some absolutely incredible locations out on the islands. We worked with Steve, Duncan, Hamza and Sebastian who managed to get some stunning footage! (as an aside watch out for Hamza on the 2022 Strictly Dancing show!)

One film crew wanted to film hippos and crocs from the waters edge so we built them the equivalent of a shark cage to film from! ….. It got swept away by a flash flood one night and obviously hit by a pretty big tree – made it look like one of the crocs was trying to break in! – thankfully no one was hurt and we managed to recover the cage!

Filming isn’t always just about the big 5 and we love it when crews come out looking for something a little more unusual – in the case of mongooses – rather cute!

Or great behaviours like the two giraffe ‘necking’ ….well actually fighting by hurling their heads at each other like a battering ram

On one of these filming trips we were lucky enough to spot the rare wildcat – don’t be fooled by their looks, these are nothing like the moggy you have at home – and just look at the colour of those eyes!

Another huge bonus was that we got to enjoy some much needed family time out in the bush, checking up on the camps and enjoying the quiet bush! There is something wonderful and rather eerie about being virtually the only people in the vast Serengeti – very special times for us. We did various trips, from; Serengeti to our Pembezoni camp and some adventures on foot, Ngorongoro to our Mysigio camp, Arusha National Park to our Itikoni camp, Tarangire with our mobile camp and even made it down south to some of the more remote parks like Ruaha which was just incredible – talk about proper bush! In the past, we have concentrated more on trips in the Northern parks but there is no reason we can’t do more trips down south with our mobile camp – as you can see from the pictures, it’s still a pretty nice camp!

One of the highlights of our trips over the last couple of years have definitely been… the parks being so quiet and the wildlife being so abundant! We loved feeling like we had the park to ourselves and having to ‘work hard’ to find the animals. But a safari is as much about the time together (in the rather overused phrase – ‘quality time’ ) .. but it really IS different to all sit together around a campfire in the middle of the vast Serengeti listening to the lions and hyenas calling across the plains – it stirs something deep in your soul, you feel grounded, you have the time to spend with family and friends – you have shared experiences – you realise the importance of having each other! …. This is the essence of an African Environments private safari! ….the wildlife is just a bonus!!

We LOVE walking in the bush and luckily, our Pembezoni camp is very isolated and private and just inside one of the vast wilderness Walking Zones, so that we can also go walking right out of camp. We wandered and explored, climbed kopjes to drink in the view and wandered across the plains – we crept up on lions (as much fun as it sounds!) and peered round rocks at columns of stampeding wilderness – awed by the noise and ground shaking under our feed from the beat of thousands of hooves. To feel your heart beating faster truly does make you feel more alive.

The drive to and from the camp outside the wilderness area was very quiet and that was lovely. Our camp (my favourite one, if I’m allowed to say that) is right by a river, so we often get a lot of wildlife (lions, hippo, hyena, etc) coming through camp to get to the river. So there is always a high chance of seeing something without even leaving your room! If you haven’t seen what one of our rooms at Pembezoni looks like, then wait no longer as I have added a picture here 🙂

We also managed to get to Mysigio a couple of times, which is such a different experience to our Serengeti camp. Mysigio is in Ngorongoro Conservation Area and is a lot higher up than Pembezoni so is always quite nippy, especially at night. This contrast is actually so lovely because you can get all cosy at Mysigio with the wood-burning heater in the living/dining tent and hot water bottles in your bed for when you’re ready to get a good night’s sleep.

I had a baby in May last year so this was the first time taking her out to the camps. She absolutely loved being at Mysigio and with most of the family around, but we had to make sure she didn’t go near the heater whilst we were hanging out in the living/dining tent.

Very sadly back in January this year, we had to say farewell to our long time African Environment family member Kihago, who has been with us for many many years, initially as a town driver before becoming one of our top driver guides with his great personality, fun sense of humour, and amazing attitude. Always a big presence around the office as well as on safari. Kihago valiantly battled cancer for several years and we’re heartbroken to have to say goodbye to him. Rest in peace, Kihago!

Saying that, we are very excited to welcome a couple of new members to the team! The African Environments family keeps growing and growing 🙂

So there you have it, a bit of a summary of what we’ve been up to and where we are at currently. We are thoroughly enjoying welcoming people back on safari and for mountain climbs and we’re all getting back into the swing of life again – karibuni wote!