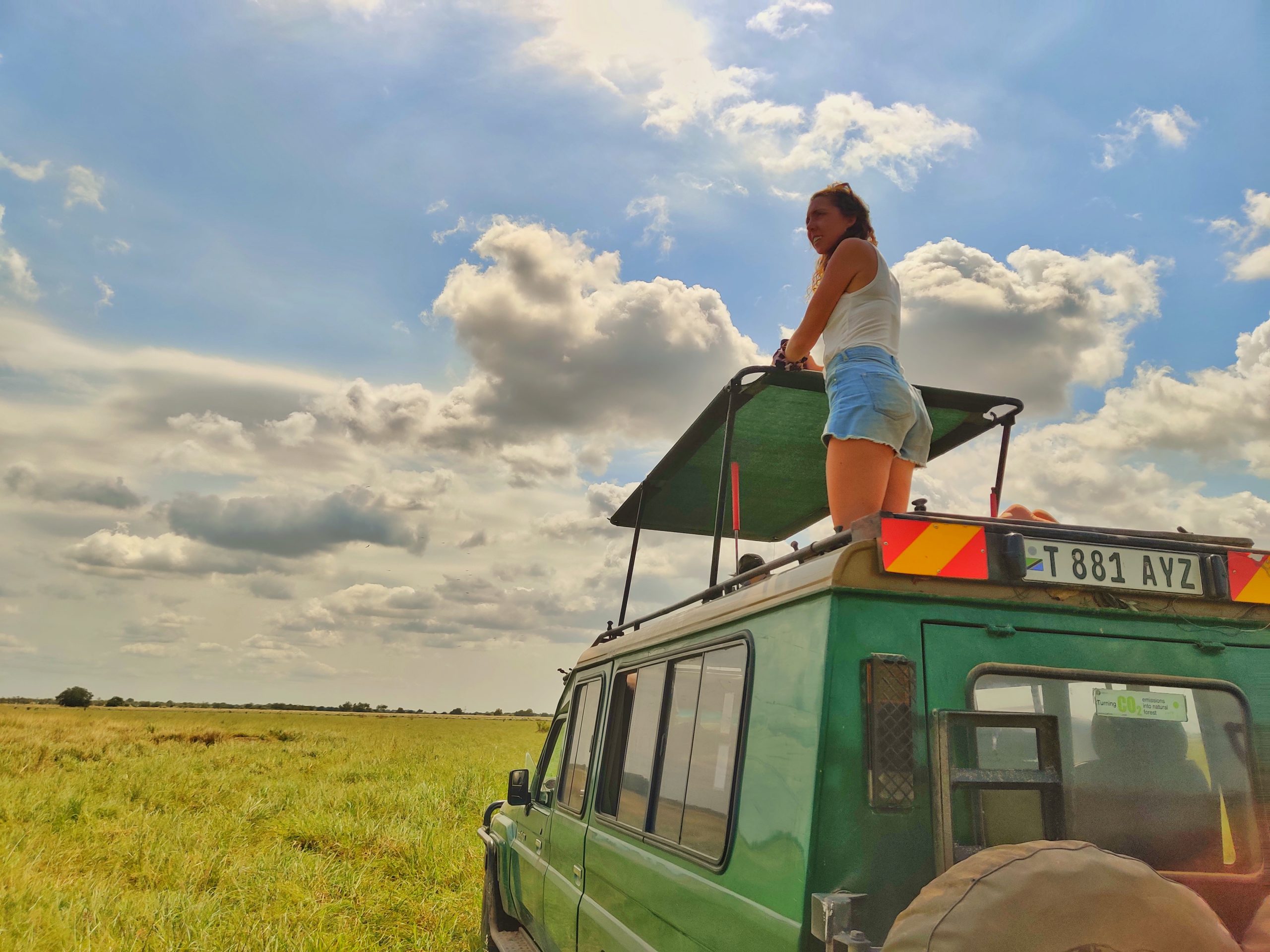 Predawn starts always seem to herald a great day on safari, so we decided to leave early ….weaving our way along small tracks through the palms and scrub of the coastal plains heading to Saadani National Park. Created relatively recently in 2005 from a former game reserve, it would be the first time we have visited the park – very excited to see the only park in East Africa that is on the coast.

Entering the park we were a little disappointed to find that some of the longer game viewing loops were still flooded after the very heavy rainy season – so we decided to cut right across the whole park to get a real feel for the land and the wildlife. Our aim was to reach the Wami River at the far side of the park in time for a picnic. Being after the end of one of the wettest rainy seasons we have had for a few years …to say the park was ‘lush’ would be an understatement! ….. the flowers in particular were fantastic. The wildlife was a little skittish except for this rather cheeky troupe of vervet monkeys who couldn’t have cased less that we were only 2m away!

Heading onto the Park Tourism Office we were impressed with all the measure they had put in place for handling Covid 19 ….from temperature checks for everyone to hand-washing stations and advice. We carried on form there across the park – mazing bird life to be seen all around including this rather cute woodland kingfisher and a much grander fish eagle and ground hornbill…..

And then …with no explanation we bumped into this 100+ year old water tower in the middle of nowhere – we would love to know more about it, it appears to be the sort of thing you would build next to a railway track but there was absolutely no sign of any tracks. It must have been built during the German period – and must have been very well built to still be standing!

We finally made it to the Wami River – a fifty meter wide lazy silt laden river meandering its way towards the sea, spanned by a rickety bailey bridge  – there was plenty signs of hippos and crocs in the river but we sadly didn’t manage to spot any. The bridge is the only direct link to the park south without heading over 50 miles inland.

Having achieved our aim the next order was to search for the perfect picnic site……. And we found it!  Some shady trees on the banks of the river with nice soft grass – one of the great things about safari is the time to slow down and enjoy family time. We were lucky to have quite a span of ages from our rather ancient selves through to our grand niece who is just 7 months old!

Heading on through the park we noticed some circling vultures – always a sign that something is going on – so we headed over to check it out. As we got closer, we could see twenty or thirty vultures on the ground fighting and squabbling over the kill. There wasn’t much left of what had once been a pregnant reedbuck but the surprising thing was the variety of vultures – we counted no less than five different species of vulture all vying for a share of the spoils. Unfortunately the ground was hard and we couldn’t figure out who was responsible for the kill but given its location in an open plain we suspect …. lions!

The two species that surprised us most with their sheer numbers were reedbuck and waterbuck. Reedbuck you would normally expect to see just one or two together but we were seeing herds of fifteen plus, and then the waterbuck – large antelopes with a rich teddy bear like coat and a rather unfortunate ‘target like’ marking on their rump – were running around in herds sixty strong.

The verdict on this park – Definity worth a return visit – but next time in the dry season when we can use more of the small meandering game driving trails and perhaps even venture out on foot!