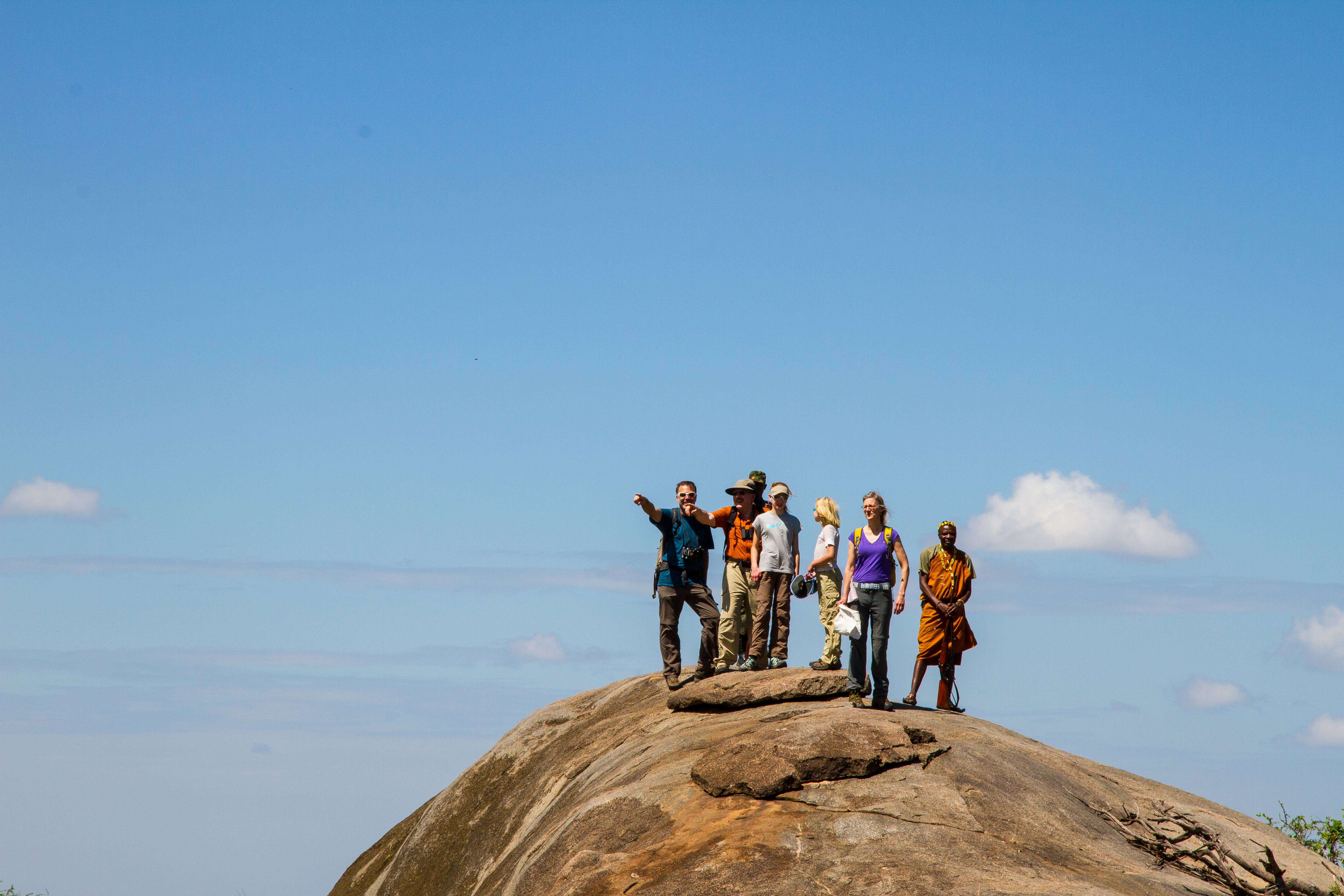 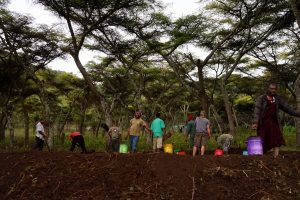 The baboons were up early making a racket so thought I would join them and wandered out with a cup of tea to mull over once more the placing of the tents. The crew and the veritable mountain of tents, beds, tables, cookers, solar, ect, ect was arriving later in the day so a firm plan was needed! But those lions had made it pretty clear during the night that this was part of their patch so a certain amount of caution was called for. We also had a herd of elephants mosey on by on the ridge nearby during the morning, plenty of young ones in the herd but they were very relaxed.

In order to stake out the camp we had bought a pile of 6ft poles with us and tied a red cloth to the top of each and started placing them where we thought each of the tents would go – it makes it much easier to look back and see where they all are – our aim was to give every tent a private view from their veranda.

The crew finally arrived and chaos ensued for an hour or so as everything was unloaded – tents were hastily erected and everyone settled down for the first night in their new home. Nelson the veteran Camp Supervisor would be here until October – and he LOVED it – I lose count of the times he sidled up to tell me how wonderful this new site as and how much better it was than the last place we had the camp!  Just after dusk I wandered over to the river bank and heard something running on the shingle, a flashlight showed me a pair of eyes reflecting back at me, a juvenile crocodile – a 5 footer – sat in one of the pools staffing back at me. That sealed it! National Parks has asked us to come up with a name for the site and we decided on ‘MAMBA’ – the Swahili word for Crocodile.

The crew set about putting the camp up, just imagine creating a high class hotel in the middle of nowhere in four days and you will have an idea of the commitment and hard work of these guys.  One of the main reasons to locate the camp in this particular spot was to take advantage of the fantastic walking opportunities in the area. Whilst traditional vehicle safaris are great and you see a lot more game one of my great loves is walking in the bush – it feels so much more alive to be out there – seeing, feeling and smelling so much more of the life around you. From the fresh tracks of a lion in the damp sand to the millions of bugs, insects and other assorted small critters that make the ecosystem works. Having the river as a focal point is incredible, it’s not flowing at this time of year but there are deep pools every few hundred yards and plenty of game tracks in and out.

We have Julius, a Hadzabe bushman and walking guide with us at Pembezoni Camp this season. He has more bush knowledge that I could get in a lifetime and is fascinating to walk with, everything we come across tells a story and Julius can read the bush and animals like the back of his hand.