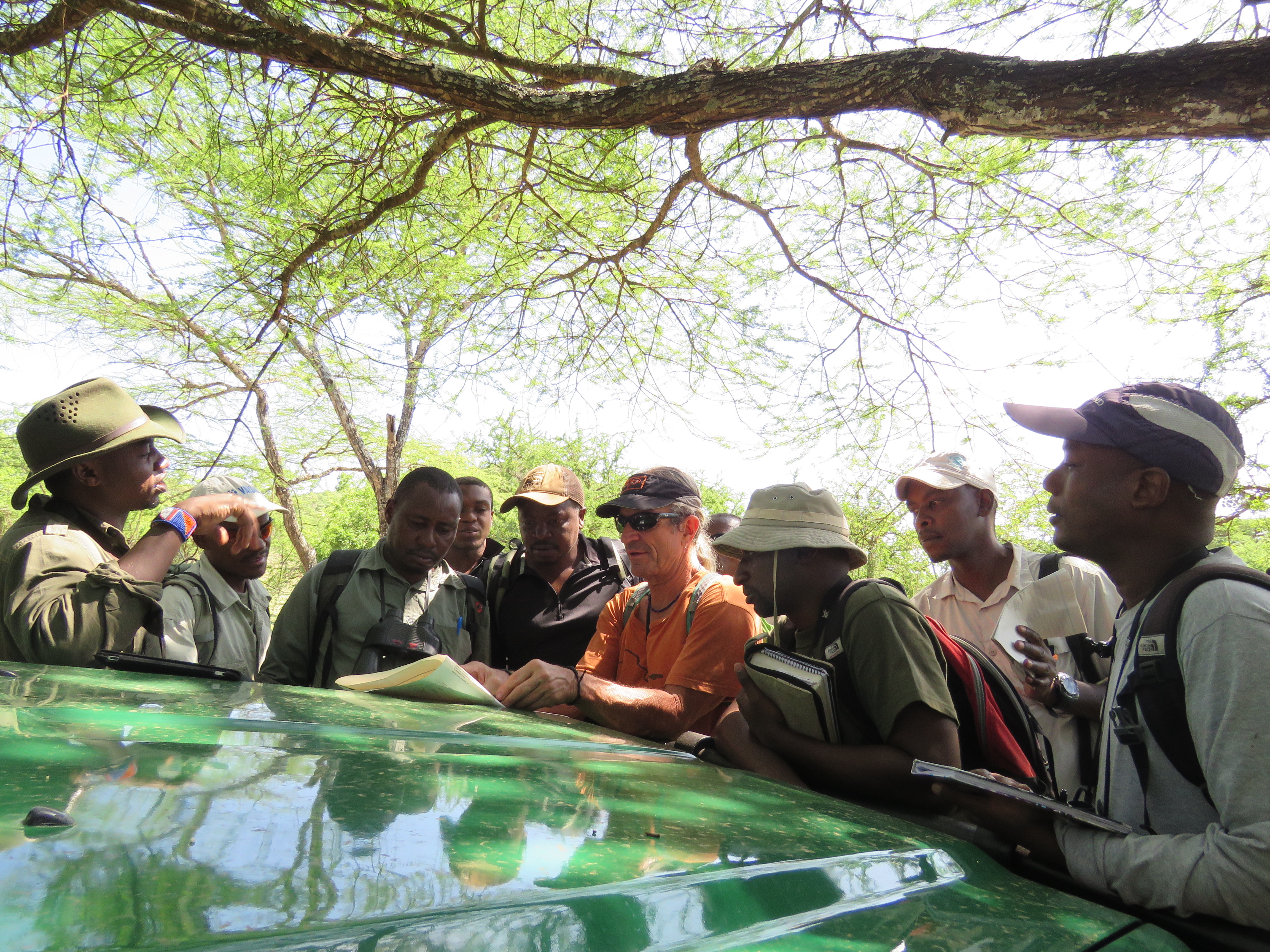 Last week African Environments mountain and safari guides, along with Director Wesley took part in a two day training with bird and reptile expert, Peter Oliver. This training is part of a schedule of training African Environments offers to staff across all parts of the business twice yearly. This low season staff have taken part in English training, Solar energy training, a Microsoft Excel and Outlook seminar as well as Client Behavior training with Clinical Psychologist, Robin Peterson.

Peter Oliver returned from his first 3 hr bird watching loop to our shady encampment under a monster Nilotica just minutes before lunch was ready.  Nearly 40 species were recorded and Peter said the “lads” were quite keen and knew their stuff.  Both James and Mhina added an interesting twist with their tablets able to play back any bird call with the touch of a screen.

“After lunch the groups will switch activities but we need two volunteers to find dinner”… I had finally failed to reach an agreement with the Maasai Junior elder Nick had sourced in the morning.  The opening offer being 200,000tsh for a goat.  Laughter abounded but only temporarily.  When 150,000 became the unbreakable boundary we said kwaheri (goodbye) and he headed home. Having never encountered such a price in a lifetime of sharing dozens if not hundreds of goats with Maasai from all over Northern Tanzania I was certain we would do far better…  James and Ben headed out with money and a pick up.

Looking up from the topo maps we were studying, realizing the afternoon bird team was returning after what would have been another 3 hours, I realized I hadn’t heard from James and Ben.  Then a message…. Near camp no goat… No goat soup for dinner…  Frantic I call our lovely host, Nat and asked if her offer of a sheep was still on.  These Maasai had lost or sold so many goats during the long April to November dry period they remained with only their breeding stock and if you wanted one it seemed 150,000 to 200,000 TSH was as cheap as they were going.

I was surprised to learn that of the 15 leaders I was out with it was nearly evenly divided between those who prefer sheep to goat.  Those who prefer mutton also claim that mutton soup has at least the same medicinal benefits as goat soup. Being totally a goat guy myself I was skeptical. The findings….the mutton lovers were right. Best damn soup I’ve ever had! 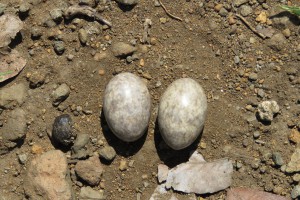 Next morning, there was a 6:00 am quick cup of tea or coffee then 3 teams of 4 or 5 are off for 90 minute. Objective; record as many birds as you can.  Winner gets a pat on the back, each group added at least a few new birds to the growing list with Northern Pied Babbler being my winner for the morning.  Pretty small range they have and we are right in it.  Well over 60 birds with in 1 km of our tree; with no raptors, waders or water birds of any kind that wasn’t too bad.

20 minutes of korongo skirting 4 wheeling and we’re a 10 minute walk to the craters edge. Steep cliffs and more water in the bwawa than I have ever seen. It is a massive lake and even from a distance we could see ducks, geese and egrets. Closer investigations produced waders, teal, and storks overhead; and the real gem for the trip, Pel’s Fishing Owl! It’s true it was only a passing look but an owl that big and that color in this habitat, not many choices.

Back under the comfort of our Nilotica the team is restless as big clouds build. Their worry is about being stuck in the black cotton overtook logic and by 2:30 the truck was packed and the team heading for higher ground.

Peter’s sms the next morning confirmed 106 birds. A very respectable number..  If we told Bakers that number of course their comment would be “next time you should go out during the day as well”…  It’s all about degrees I guess…

Nat said they hadn’t yet started a bird list for their patch of ground so this list is a good start for their future visitors.

All in all, some good team bonding over birds and beast! 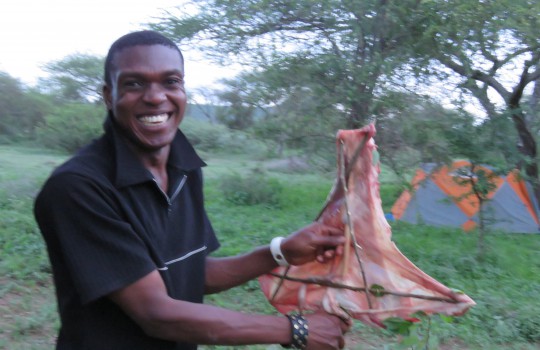